On day 15 I made it to Butte, MT.  From Butte I took a couple of days off, to attend a friend’s wedding back home.(Bozeman, MT)  The two days off the trail to catch up with friends and family was really helpful.  It was fun sharing the stories of the last two weeks.

At the wedding I had another break through moment.  I was talking with the groom’s uncle about my trip. When he asked me where i was going I gave him a non-committal answer like, “as far south as I can in 45 days”.  He wasn’t satisfied with my answer and he pushed back, eventually he got me to commit.  “I’m riding my bike to Mexico”  I finally said.  It felt really good to say it for the first time. Up to that point I’d been reluctant to set that expectation, what if something happened and I wasn’t able to finish.

“I’m riding my bike to Mexico”! 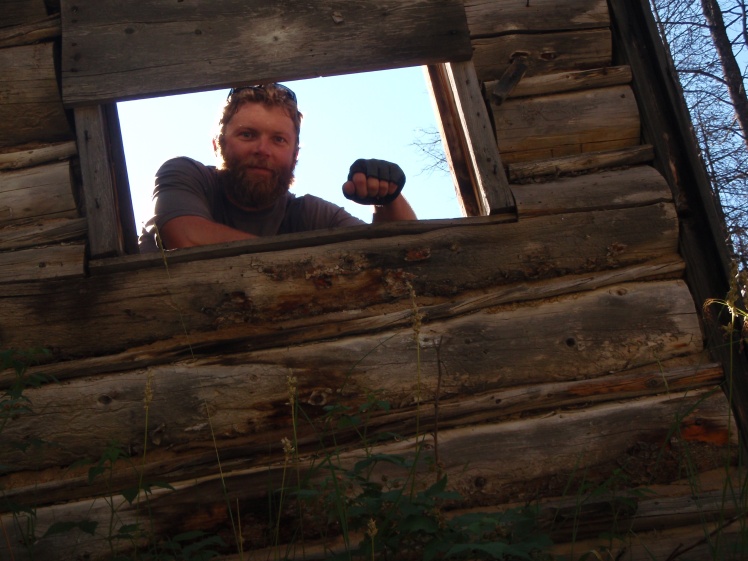 Remnants of a cabin, near an old mining camp. 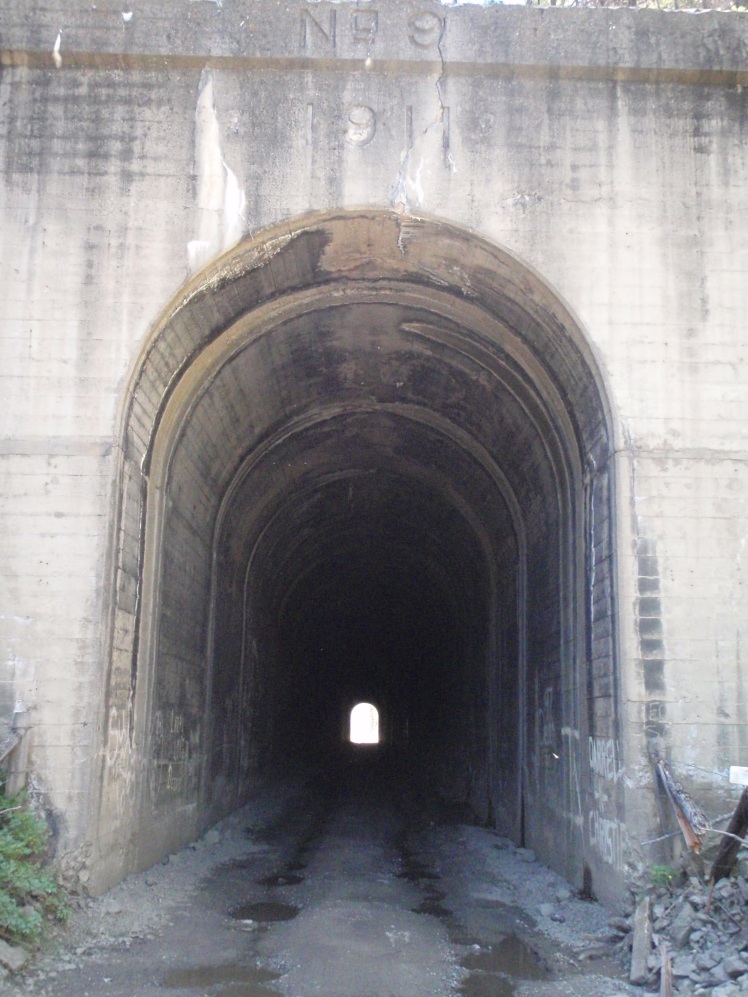 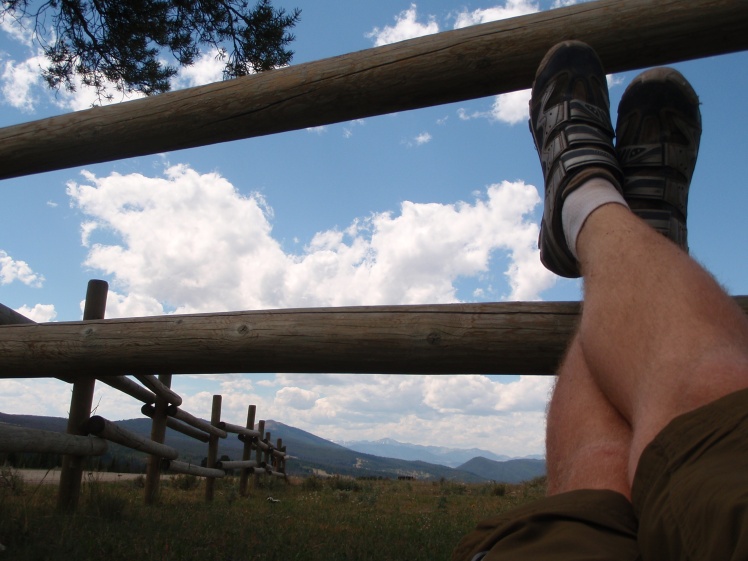 Afternoon naps were a part of the daily routine. 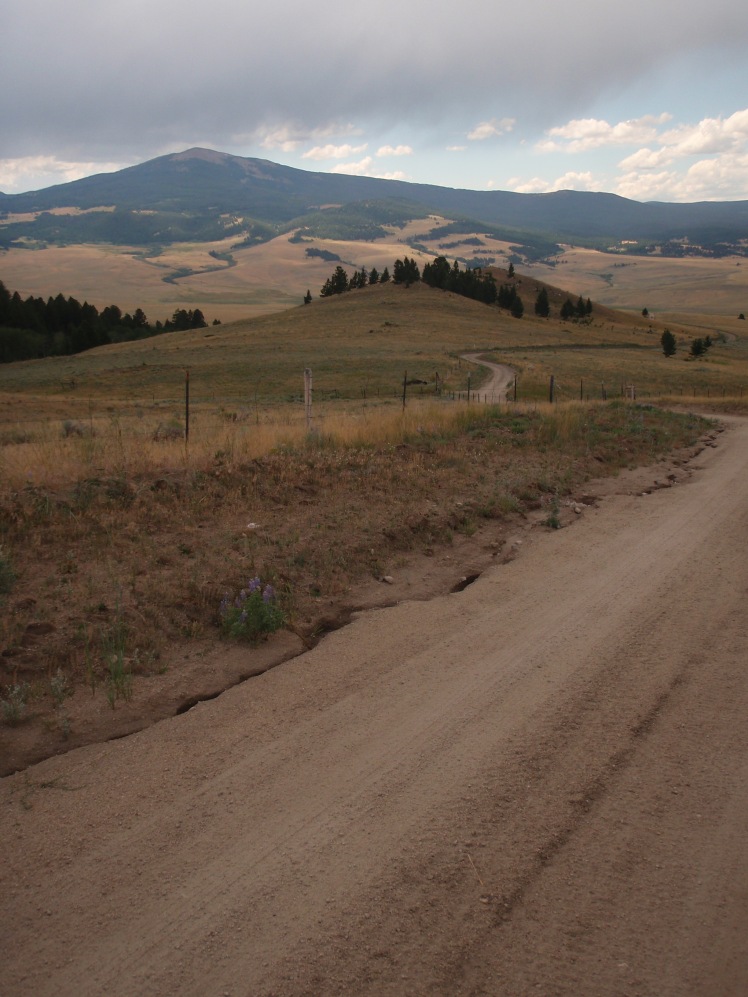 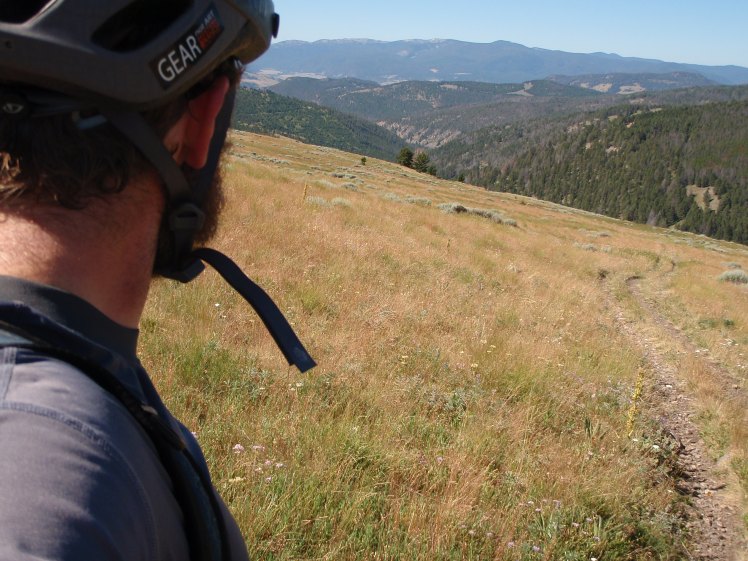 Fleecer Ridge was everything it was made out to be.  At first I passed the turnoff for the downhill, but I quickly realized my mistake and backtracked to the start of the extremely steep downhill.  With the trailer I didn’t even attempt to ride down the hill.   It was steep enough that I was only partially in control as I made my way down.  I held tight to the bikes brakes as I slide along next to it.  The bottoms of my bike shoes surfed along the loose dirt and rock.  Towards the bottom the grade became more manageable and I had a nice downhill run away from the ridge.  I found myself being glad that I wasn’t going the other direction.  I think It would have taken me two trips to climb Fleecer; one for the bike, and one for the trailer. 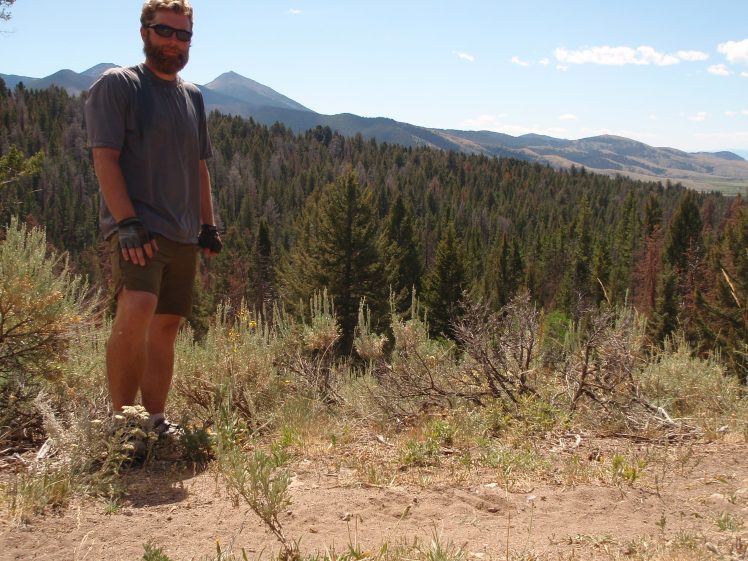 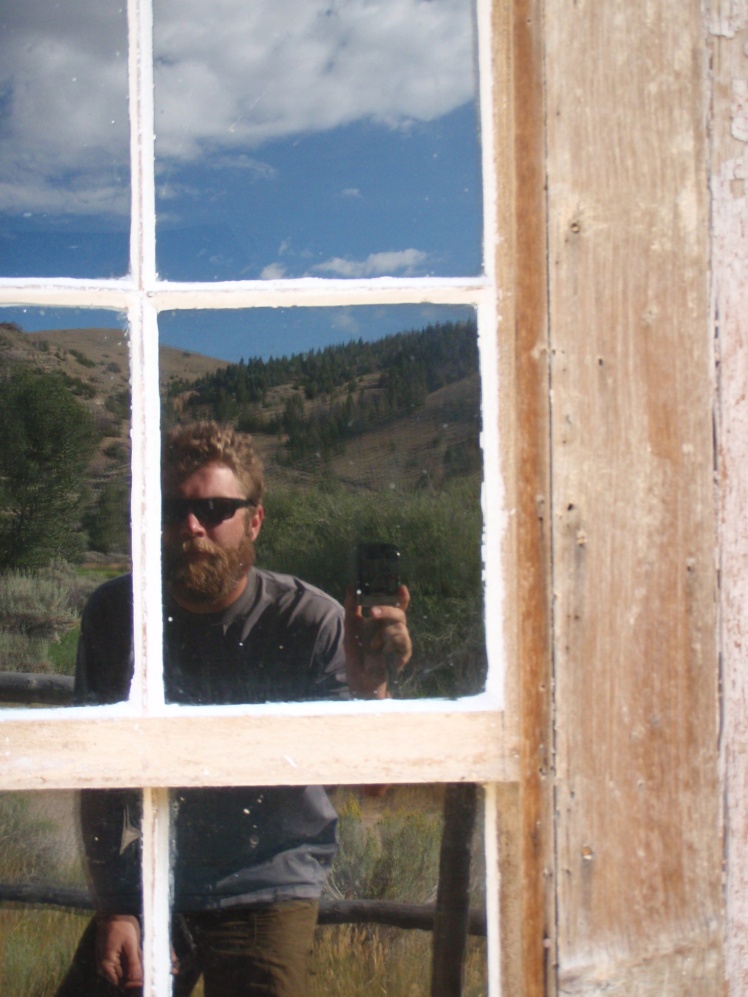 I arrived at Bannack State Park with enough time to explore the town before setting up camp.  Trail magic came pouring down on me for the rest of the day.  While I was counting and organizing my booty for the next couple days, the camp host’s daughter walked up and said “welcome”.  As a part of the official welcome she handed me 5 clif bars.  It was as if she knew that my supplies were dwindling.  Thank you!

Later that same evening I had another encounter that was even more surprising.  Seeing that I was on a bike my neighbors invited me over to their site for a burger and beer.  I felt instantly connected with the couple.  There was a sense of familiarity. Our conversation turned to long distance trips, and we ended up talking about the Appalachian Trail.  Turns out that we had actually meet each other 6 years earlier along the AT!  Thanks Fester! 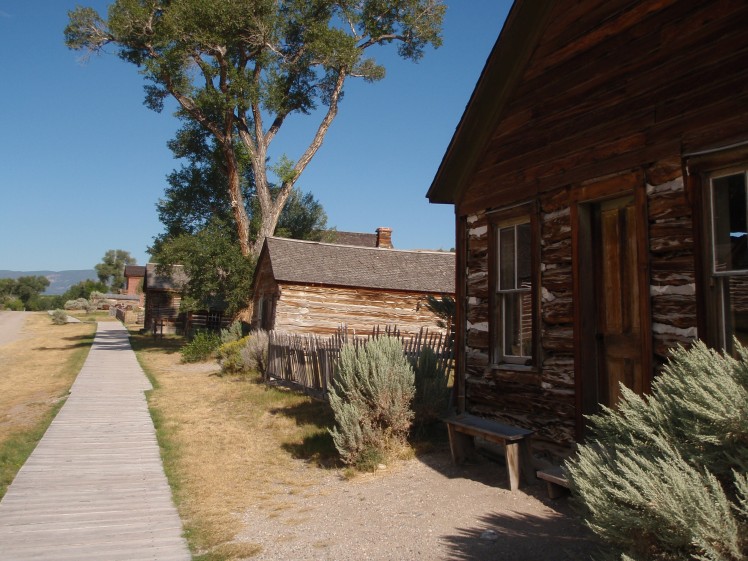 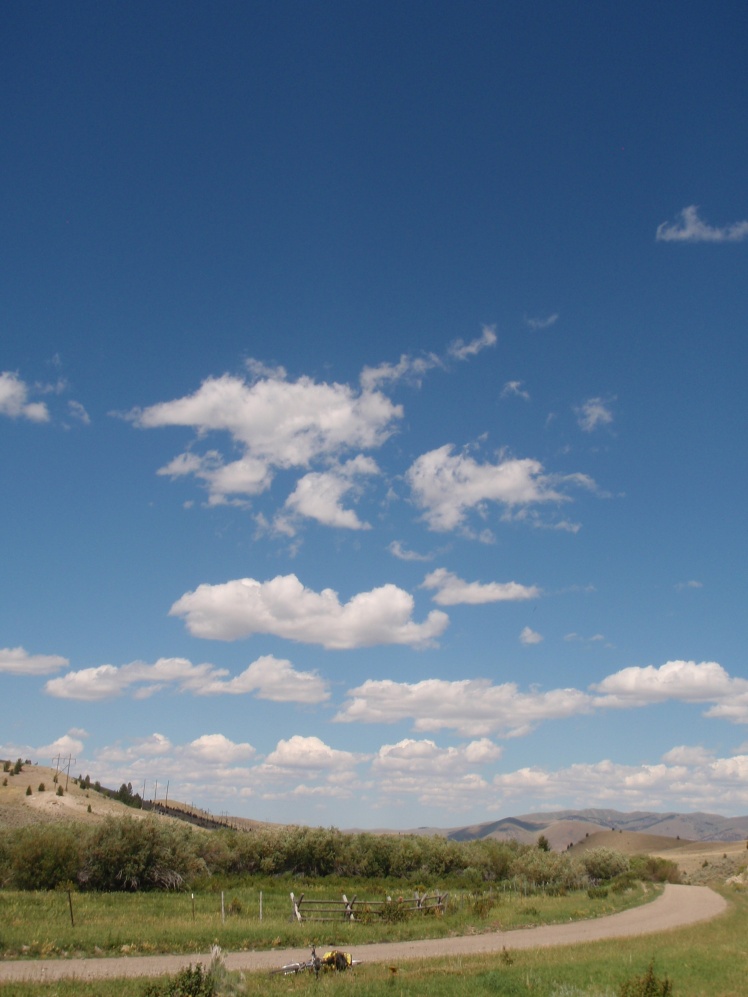 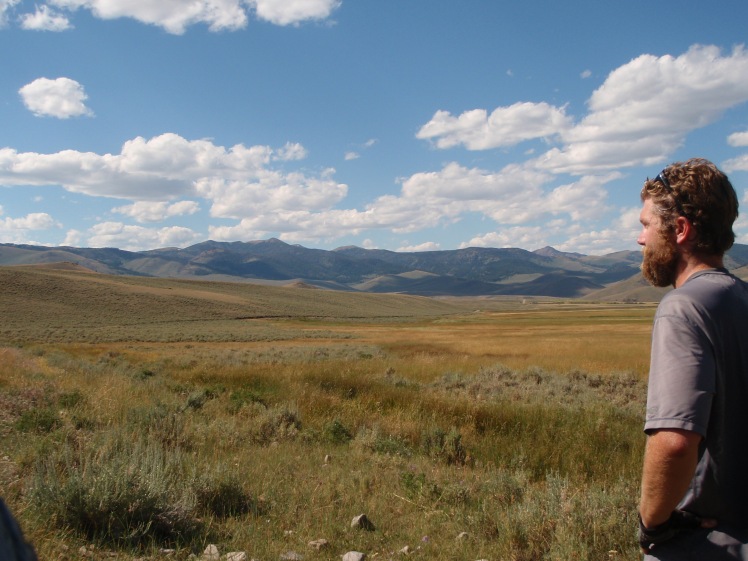 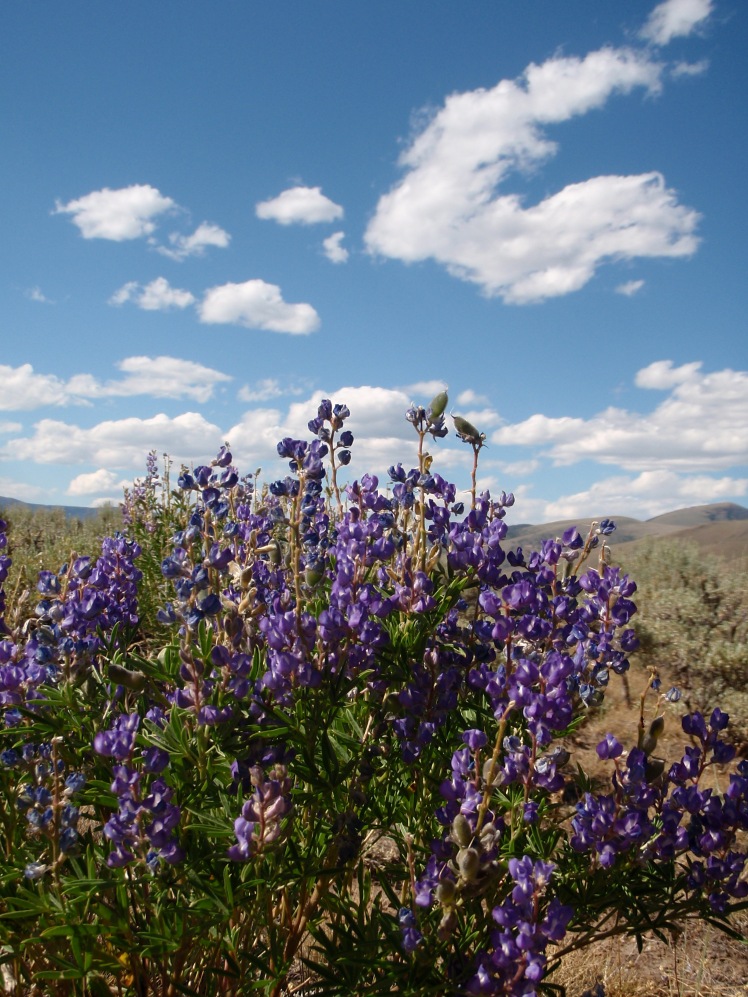 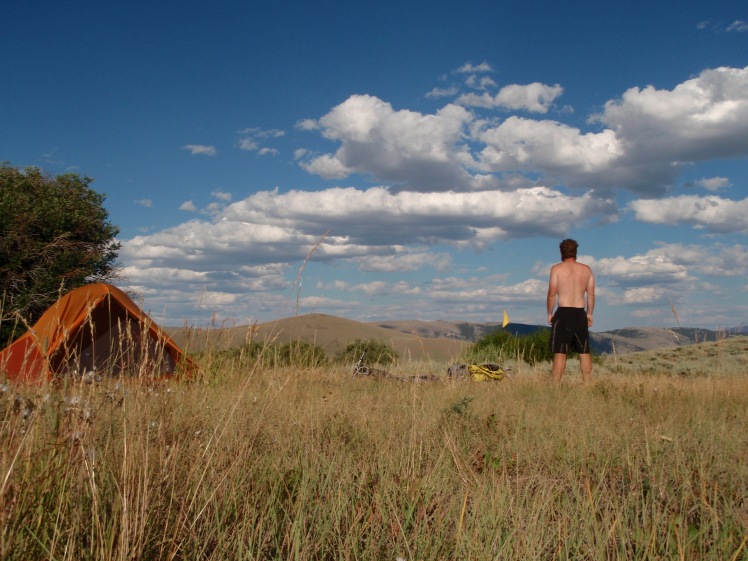 Campsite next to a little creek. 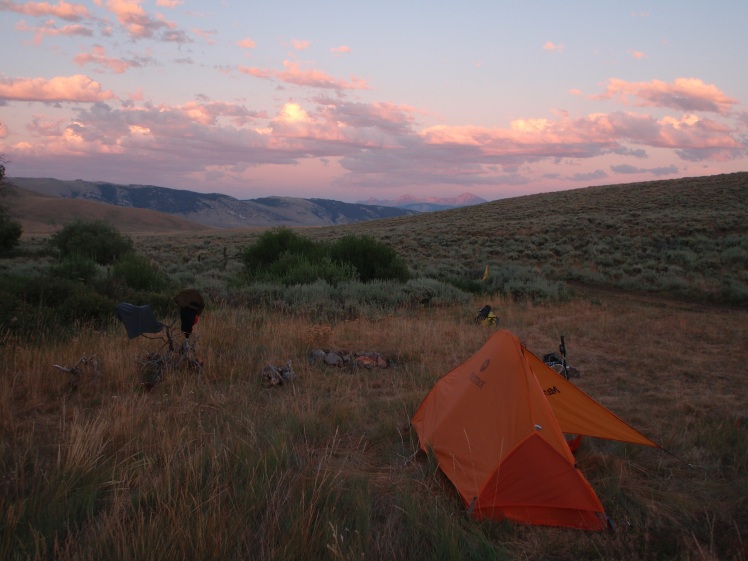 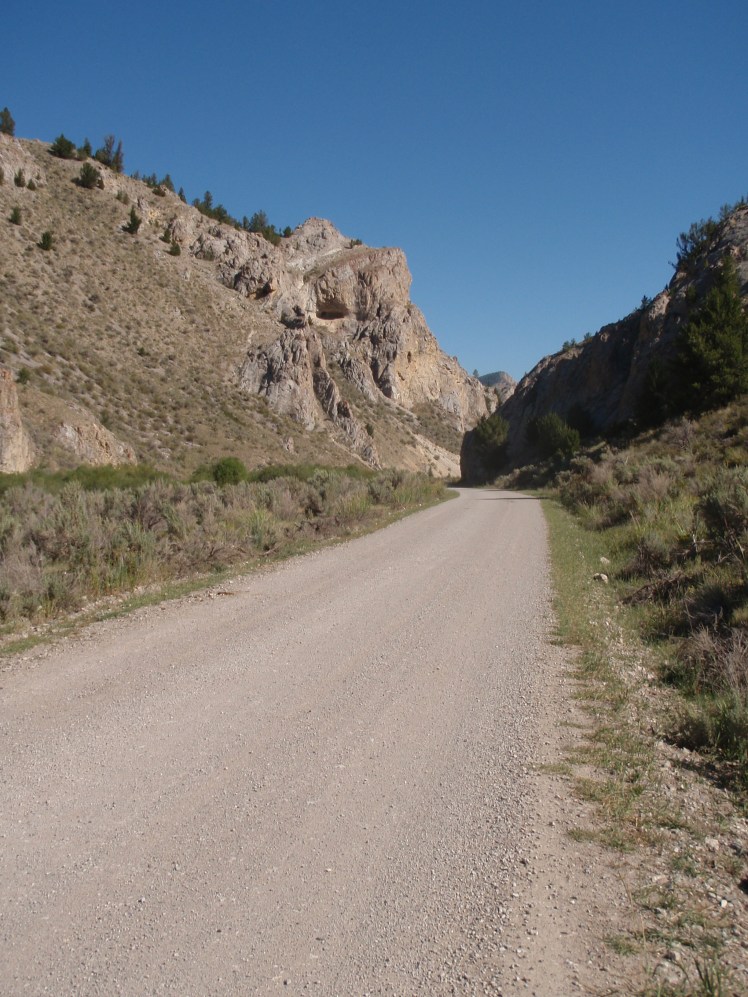 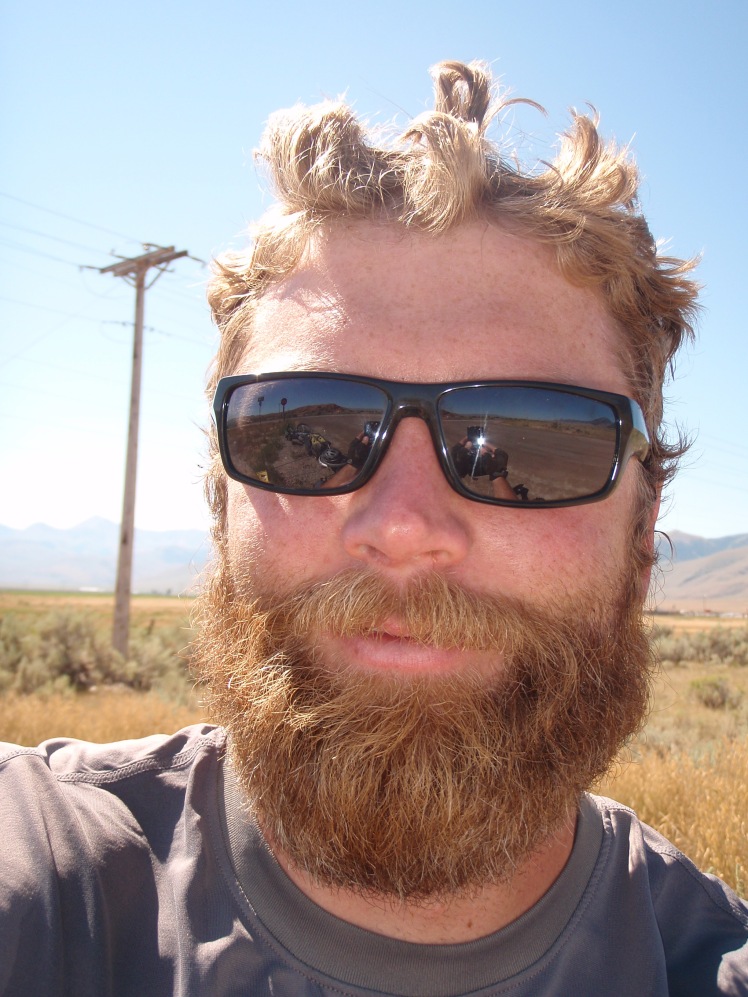 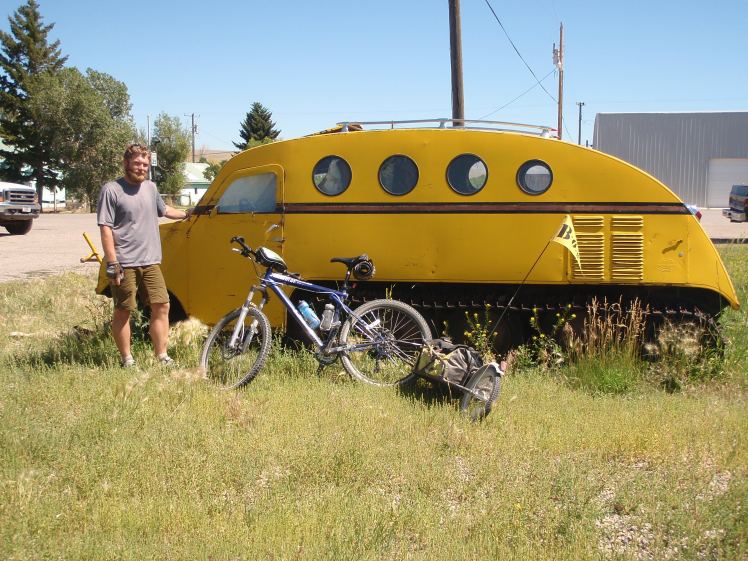 I was very excited to see a Bombardier in Lima, MT.  I spent four winters driving R-12’s out of Old Faithful.  Seeing this baby parked along one of the back roads of Lima brought back some great memories, I had to get a pic. 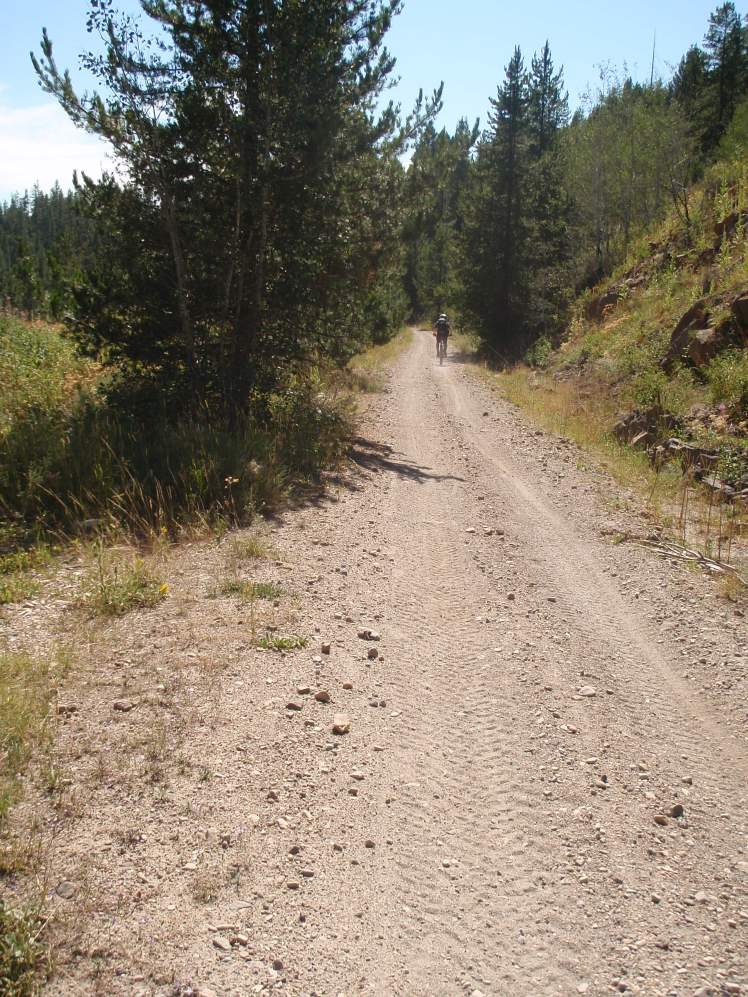 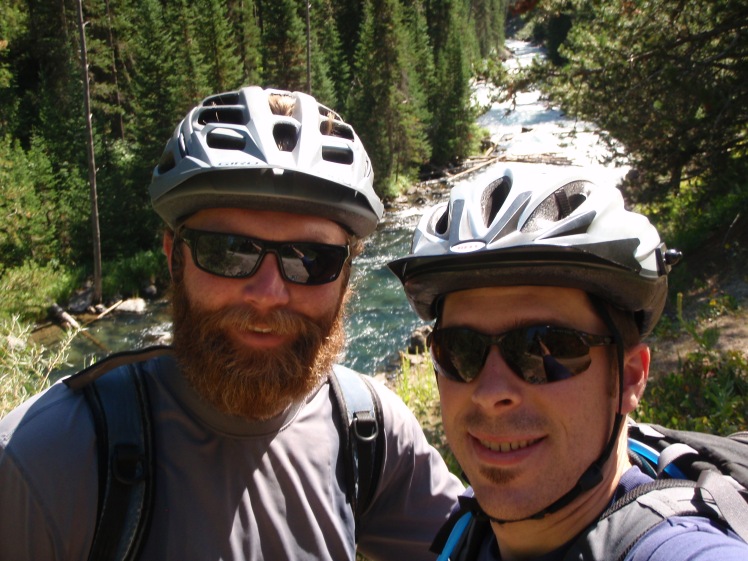 One state down and four to go, welcome to Idaho!  Two of my best friends met me in Big Springs.  We had delicious fajitas for dinner, which we washed down with cold beer.  It felt really comforting to sit around a campfire with old friends and share stories. We saw several shooting stars race across the sky before we finally crawled into our tents. 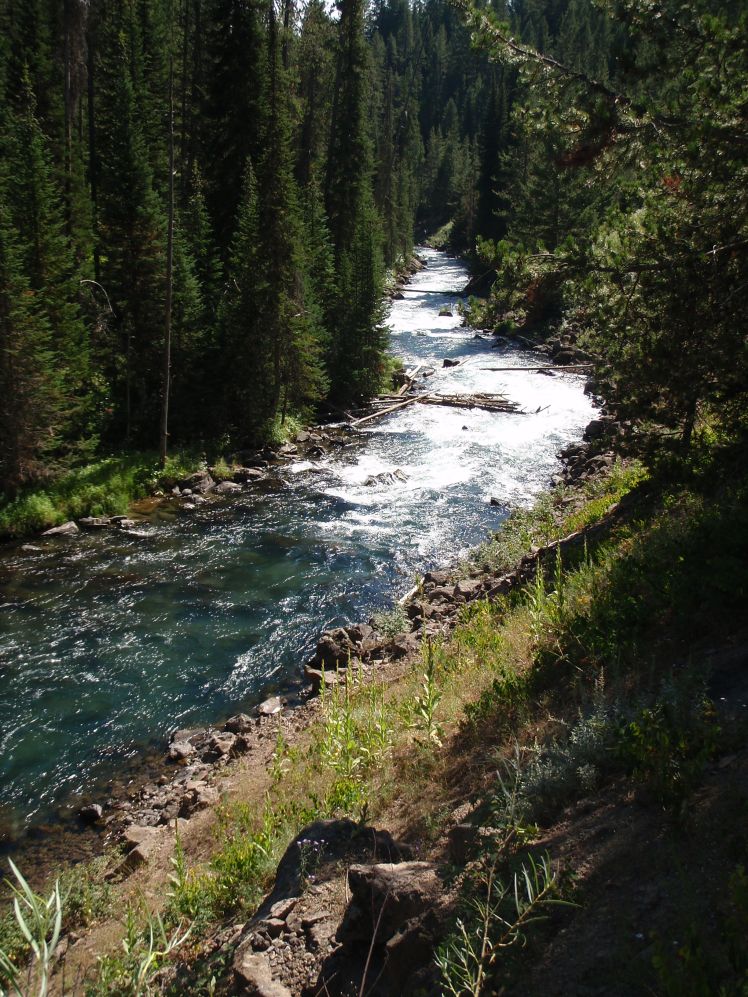 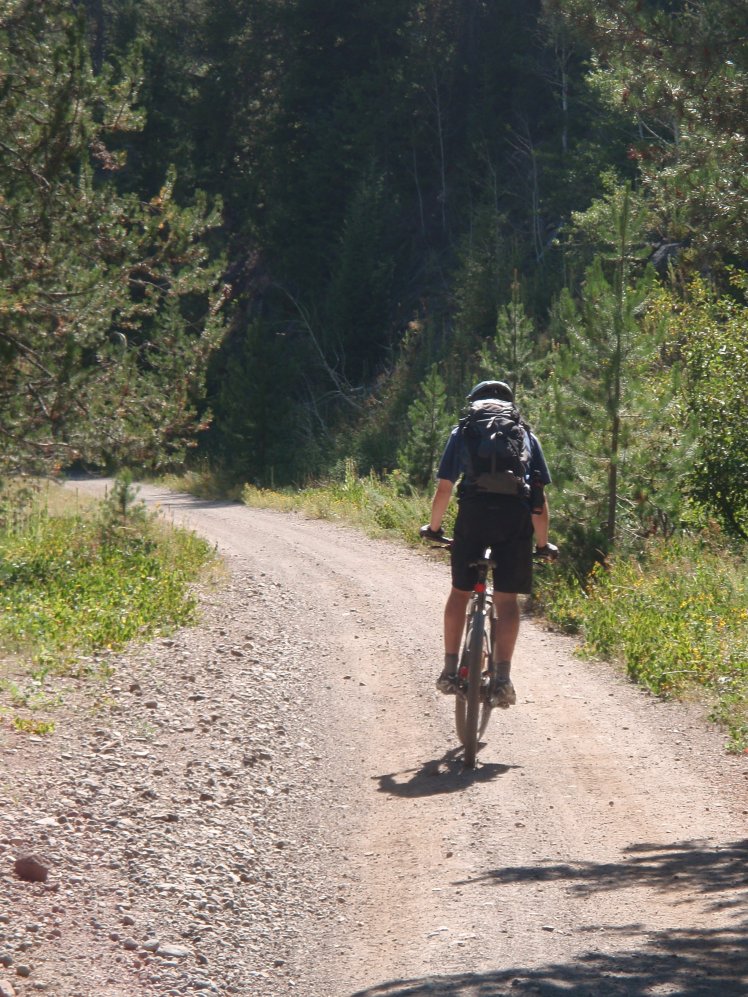 Andy making his way into the Warm River campground. 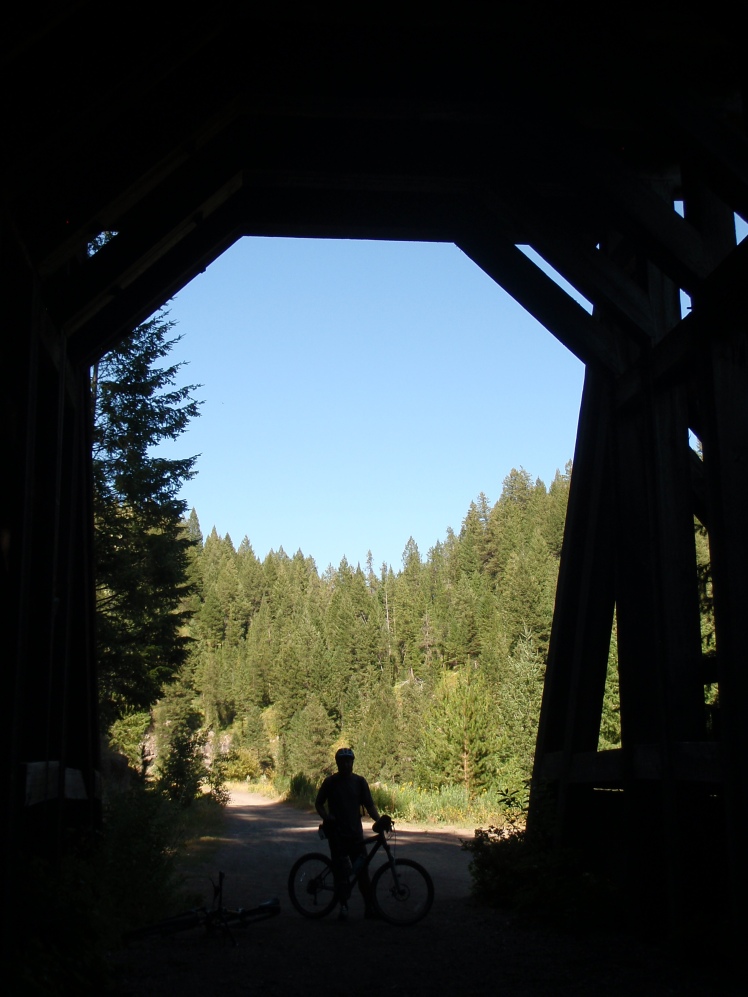 Train tunnel built to protect the trains from landslides. 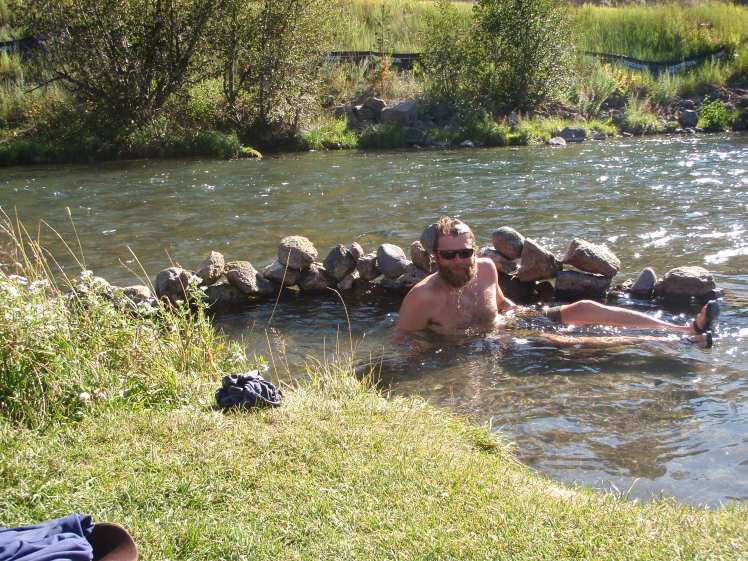 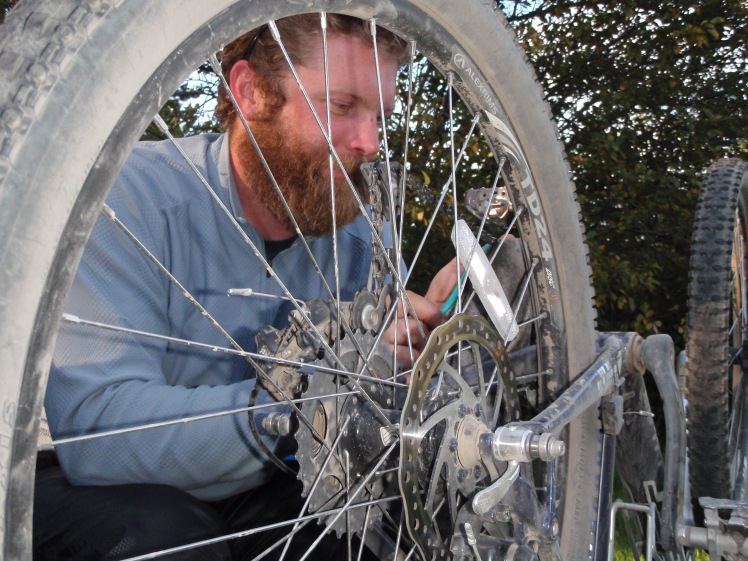 After two wonderful days riding with Andy and Sena we made it to Flagg Ranch.  I ended up taking a day off to visit old friends at Old Faithful.  It was a great day.  It spent the day wandering around the upper geyser basin, and catching up with old friends.

35 miles to go!
Got a little trail magic yesterday!
Thankful to have a sunny day for Mt. Washington!!! Still super windy and ankle to knee deep snow most of the way. Glad to have that behind me.